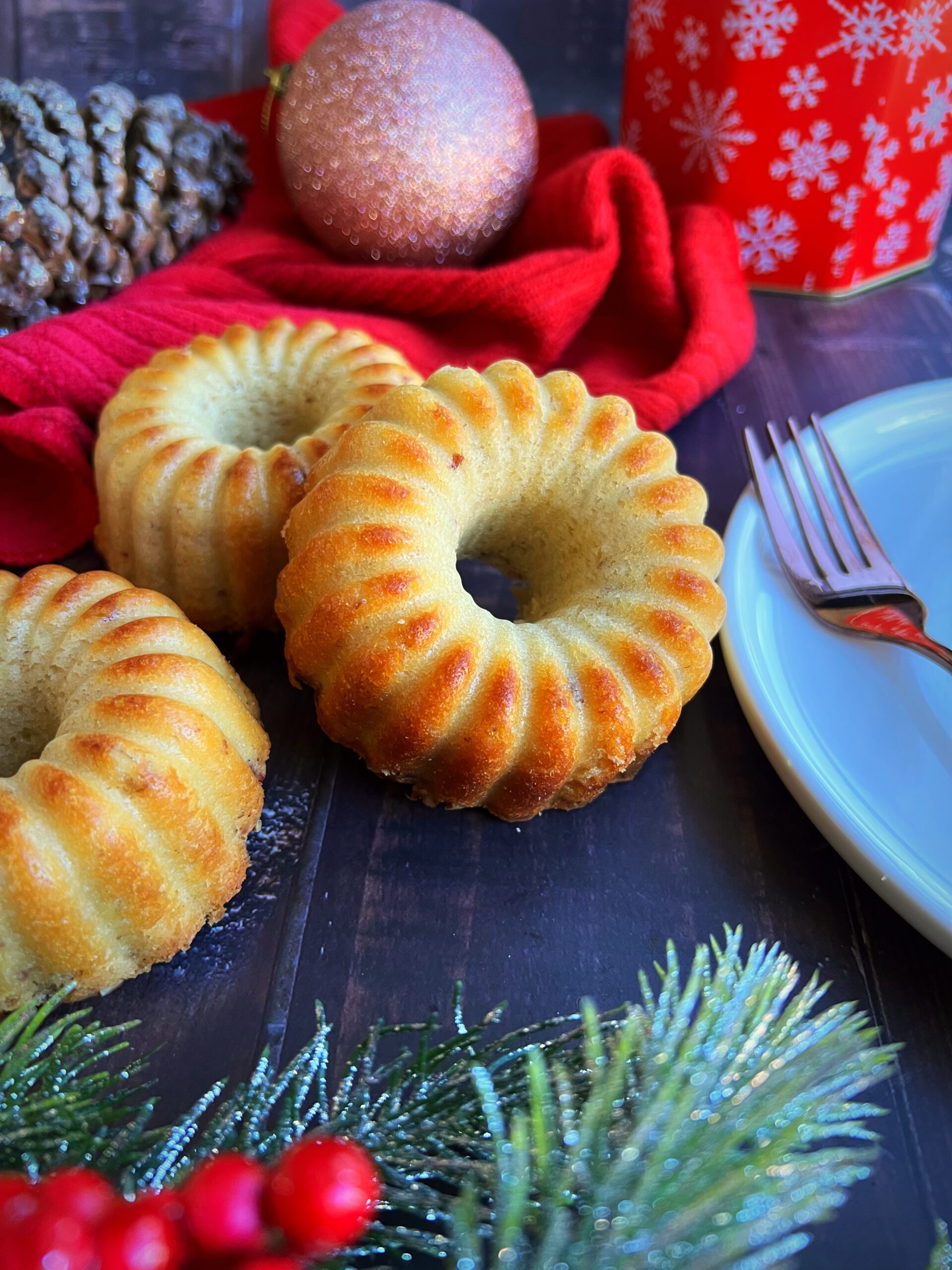 How adorably delicious do these little cakes look? I have an extensive collection of mini pans and I was looking for a cute way to use my silicone mini-Bundt pans. Here it is! These personal-size mini desserts are so good, nobody will need (or want) to share. The cakes themselves are rich and moist, and the addition of the pecans lends a great textural component that pairs so well. You’ll take a bite….and another…and just one more! Before you know it, you’ll have finished the whole thing and it’ll totally be worth it. If you’re using a metal pan, make sure you grease and flour it, and you don’t need to make these in a mini version at all, you can absolutely use your regular Bundt pan! You’ll just need to obviously increase that baking time significantly and keep an eye on the cake for when the toothpick test comes out clean. This is such a rich and lovely dessert for Christmas with the addition of eggnog, and something you may not have had on your dessert menu yet!

I would also like to extend a heartfelt thank you to my very dear friend Mike Baker, who had a heavy hand in the creation of this delicious recipe. 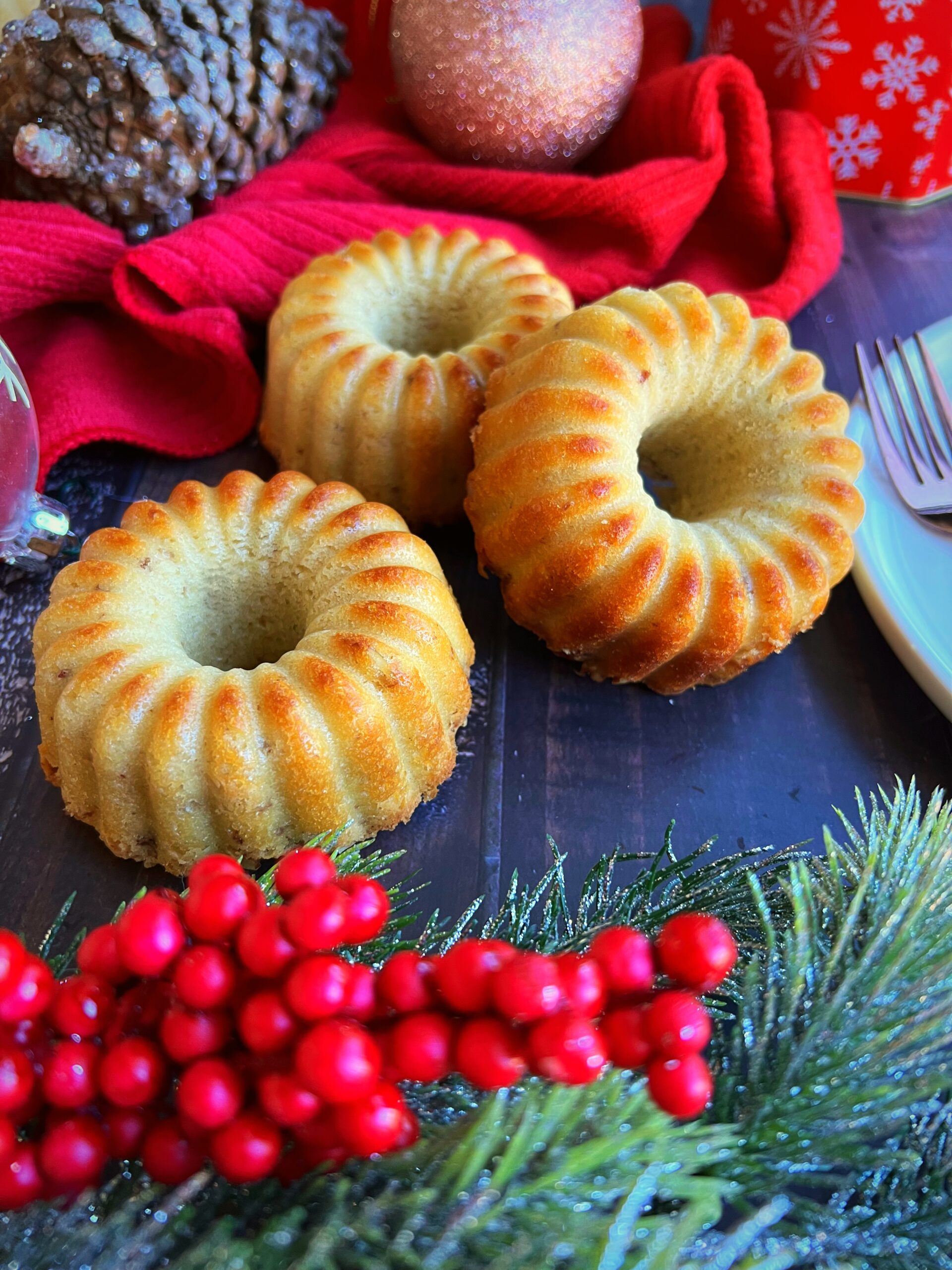 Preheat your oven to 350F. If using a metal pan, grease and flour and set aside. (I used a silicone mould pan which does not require greasing/flouring).

Beat the butter and shortening in a stand mixer at med-high speed until creamy, about 2 minutes. Gradually add both sugars and beat for about 5 minutes, until light and fluffy, stopping to scrape the bowl 2-3 times. Add in the eggs one at a time, beating well and scraping after each addition.

In a medium bowl, sift the flour with baking powder and salt, and set aside.

Bake for 20-25 minutes or until a toothpick inserted in the middle comes out clean.

Combine all ingredients in a medium saucepan. Bring to a boil over medium heat, stirring until the sugar is completely dissolved. Reduce heat to low, and simmer uncovered until the cakes come out of the oven.

When the cakes are fully cooked, remove from the oven and immediately pierce the top of the cake about 10 times with a toothpick, then pour on eggnog glaze. Allow cakes to cool inside the pan for about 5 minutes, then very gently and carefully invert them onto a wire rack and allow to cool completely. 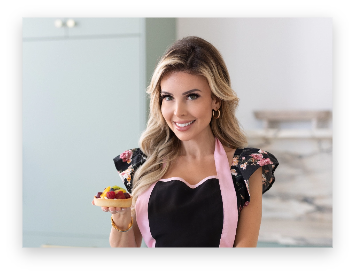 I'm Alina and I love making fabulous desserts. My goal is to teach you how to make delicious desserts from scratch to impress your guests, friends, and family!